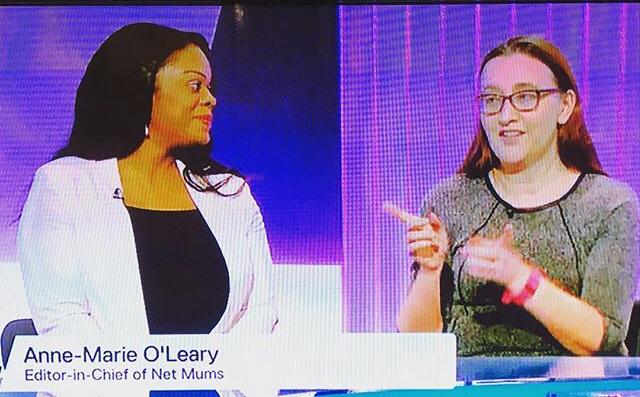 My Channel 5 experience began when Russell Brand publicly stated that tickling children was no longer appropriate. Of all the things I air my views on, this topic wasn’t high on my agenda! But once I had thought about this subject and reflected on it, there were many issues concerning tickling. But what exactly were they and why did Channel 5 need clarification from organisations such as the Young Mums Support Network and Netmums?

After discovering what Russell Brand had said, and the many media reports on it, I was in two minds about the controversy he had appeared to create. After all, he had threatened to punch anyone who attempted to tickle his two young daughters. Violent responses to tickling are not considered the norm. However, brand’s comments were enough for a media outlet to ask me to feature on their 6.30pm news broadcast.

From the moment the driver came to collect me and take me to the Channel 5 studios, I was thrilled to be participating in this unexpected debate. Russell Brand’s statement definitely made an impact. Suddenly, professionals such as myself along with child health experts had an opinion on the rules of tickling. It soon became obvious that there were two camps. One side believed tickling was a form of affection and acceptable contact.  The opposing side vehemently insisted the child must give their consent. Perhaps difficult if it is a baby!

I have participated in numerous radio broadcasts and hosted many events. But this was quite unprecedented. Choosing what to wear felt critical! A little help from my lovely daughter did the trick. Getting ready was a multitasking affair, as I tweeted about my news debut. I had done my make-up and was happy with my hair. Phew! As I climbed into the taxi I thought how this was really a step-up from other media appearances, such as my recent broadcast on BBC Radio 5Live. On arrival, I was met by Mia, the journalist who had initially contacted me. I was then briefed and given my ITV pass, before meeting the editor in chief of Net Mums, Anne-Marie O’Leary.

To my utter surprise the presenter, Claudia-Liza Armah recognised me. We had met six years earlier and this moment felt like a golden opportunity to sit down, connect and engage. Claudia is a wonderful lady who put me at my ease and presented two considered sides to the tickling debate. Anne-Marie and I complimented each other as we were asked to offer our point of view on Russell Brand’s comments. The debate was multi-dimensional and gave me the chance to reflect on my own personal feelings on this topic. Furthermore, I had met two professional and inspirational women.

The YMSN Road to Recognition

My live TV experience was incredibly exciting, but I did reflect on the journey that brought me to that moment. When I launched The Young Mums Support Network in 2011 I had no idea of the impact I would have. I had a message and the message had a voice. Mine! Sometimes it is not a matter of how loud you shout, but the difference you can make on a daily basis. Being consistent and authentic helped spread the word of my mission and this, along with lots of hard work, made it possible for me to be on live TV. Not everything happens at once, and the right time will come along if you persist. Rome wasn’t built in a day and The Young mums Support Network certainly wasn’t. 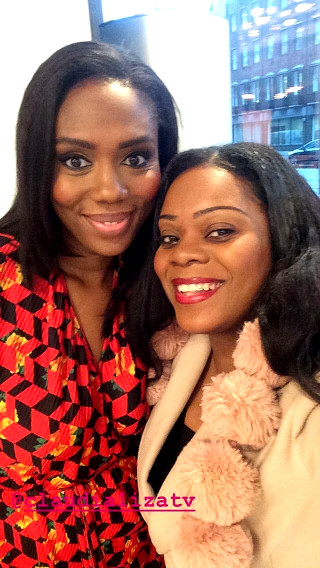